Lack of belief is a major stumbling block to achievement. If you don't believe you can do something, you won't even try. When you have belief, you have faith that something can be accomplished. When you believe, you can see the results before they happen.

The world is full of much evil and false teachings about belief and what is possible. For example, many teach that all we need is to believe, and we can do anything of ourselves. The truth is that we can do all things through Christ, but not of our own power.

Many also teach that miracles do not happen in our day, and that the things Jesus did are simply symbolic. The truth is that if we do not see miracles, it is because of our unbelief. For God is the same yesterday, today, and tomorrow.

Let’s look at a few examples of what Christ did in the scriptures, and what He teaches us about what is possible.

All things are possible to him who believes

Jesus casts out an evil spirit

A man brought his child to Jesus, asking him to heal him. This child was possessed by an evil spirit, and the spirit would torment the boy and take control of his body.

The disciples had been unable to cast the spirit out, so they sought help from the Master.

Listen to Jesus’ reply: “What do you mean, ‘If I can’? Anything is possible if a person believes.” (New Living Translation)

Jesus was able to cast this spirit out from the boy.

Do you believe you can cast out evil spirits from yourself or from others, if you have faith in Jesus?

Jesus had just fed 5,000 men, plus many more if the women and children were counted. He told his disciples to get into their boat and cross the water, and he would meet them on the other side.

In the middle of the night, the waves were quite high. At this time, Jesus came toward the boat, walking on the water. The disciples saw him, but they were afraid and didn’t recognize him. However, Jesus told them to not fear, and that it was he.

Peter, being the strong and brave one, said to Jesus, “Lord, if it’s really you, tell me to come to you, walking on the water.”

The Lord told him to come, and Peter came! But then he became afraid, and started to sink. He cried out to the Lord to save him, and immediately he did.

Listen to the Lord’s comment to Peter - I love it, because it’s so instructional for us! Jesus says to him, “You of little faith. Why did you doubt?”

Now, I’ve often heard this interpreted as Jesus telling Peter that he had too little faith. But I think what Jesus was saying is this - Peter, you had a little faith, and that little faith was exactly what you needed to walk on water. You were doing it! Why did you doubt?

Do you believe you could walk on water? Literally, like Peter did?

Think about the things Christ has asked you to do in your life. Do you believe you can do those things?

All things are possible

Don’t believe that? Read this scripture:

"Most assuredly, I say to you, he who believes in Me, the works that I do he will do also; and greater works than these he will do, because I go to My Father.”  (Jn 14:12, New King James Version)

Christ himself tells us that we can do the same works he has done, and greater.

Consider some of the works that Jesus did

Do you really believe that you can do any of these things?

Christ himself has told us that we can. It’s time to start believing. 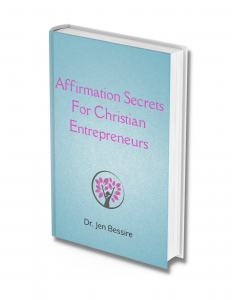 Success is 95% mindset. Get your FREE copy of Affirmation Secrets for Christian Entrepreneurs to take your business from puttering along to overflowing with an abundance of income and clients!

Metatron is weary: discerning between light and dark spirits

Pride comes before the fall